My trip to China started with the fabulous Turkish Airlines via Tokyo and connecting to Beijing with Air China. I decided to treat myself with an upgrade at the airport for this 3hrs 55 mins flight. Air China was just OK, even in business class. The aircraft was a little old and the quality of the food and drink was just ok. Just to note in case you like working while flying …Chinese aviation authorities do not let you use your mobile during the flight even in airplane mode.

Our arrival into Beijing was a bit bumpy, but the good news was that the strong wind meant the air in Beijing was good (no mask needed). My first stop on my two days, whistle-stop tour of Beijing was the Fabulous award-winning Shangri-La hotel which is based on the northwest side of Beijing in Zizhuyuan Road. The Shangri-La hotel is fab and I would recommend this hotel if you are staying in Beijing, however, ask for a room in the new part of the hotel where the rooms are a lot more contemporary. The hotel also has a fabulous spa with a pool, sauna jacuzzi, etc. The hotel has a number of fabulous restaurants; we tried out Shang Palace with traditional Chinese cuisine which was delicious, as were all our meals in the hotel including the amazing breakfast buffet in Café Cha.

With little time to spare while in Beijing, we headed back out from our hotel to head to The Great Wall on our half-day private tour with our guide Lily who spoke perfect English, was so knowledgeable and very helpful to us. I would recommend that you book your tour in advance of arrival as it just makes things much easier and I used a travel agent Discovertravel.ie to book mine. If you want to visit “the temple bar” area of the Great Wall, head to Bading which is close to Beijing but if you want the more authentic option head to Mutianyu. Note: be sure to check out my other Asian Blogs on Hong Kong, Shanghai and Tokyo.

We arrived the day after Melania Trump, luckily and it took approx 1.5 hrs to get there in a private car (warning ….Beijing drivers are dangerous, they lane hop without any indicators and swerve a lot, so make sure you wear a safety belt at all times). When you arrive at Mutianyu you will be greeted by local traders looking to sell you their wares, and then you continue on to the chair lift to get you up the mountain to the Great Wall.

We stayed there for approx an hour taking in the enormity of this magnificent structure and views. This was one of my bucket list items for sure and our amazing guide Lily informed us of the history of the wall, which was very interesting. When you are finished at the wall you can return back down by cable car or in my case by tobogganing, which is really great fun (make sure you leave enough time between you and the person in front, in case you like the need to speed).

The next morning our guide Lily collected us again in the hotel and whisked us off to Tiananmen Square and the Forbidden City. This took about 45 mins in the mad Beijing traffic and luckily our guide was able to fast pass us into the square. Tiananmen Square which prior to the student protests in 1989 would not have been very well known is now packed with tourists. The Square is one of the largest squares in the world at 440,000 square metre and 600 years old. It is surrounded by the Chinese history museum, The Congress where the Communist party re-elected Premier Xi and the entrance to the Forbidden City where the portrait of Mao stands over the square. With so much going on in the square you nearly forget about the sadness that the historic protests caused, and obviously this is not discussed at all.

After the square we walked into the Forbidden City which to be honest is amazing. It is absolutely huge with 72 hectares of land, 9999 ruins, 3 large ruins and was home to 24 Emperors. This was the former seat of the Imperial Chinese Dragon Throne from the Ming Dynasty in 1406 until to the end of the Qing Dynasty in 1911. This centuries-old city was built to keep out invaders and provide protection to the Emperors. You can quite easily spend about 1-2 hours walking around the Forbidden City.

Another place to visit in Beijing is the Summer Palace which are gardens set on a lake and were used to keep people cool in the summer months. It’s about a 30 min drive from the Forbidden City.

Beijing is very spread out with 5 quadrants surrounding the centre. We based ourselves in the third quadrant in the Shangri-La hotel.  On our second night we decided to go to Hou Hai for dinner and drinks. This area based around a lake is full of bars (lots of live music and karaoke) and plenty of restaurants. One restaurant recommended to us was a Vietnamese restaurant called Nuage at the far end of Hou Hai. Other restaurants recommended close by are Saigon and just be prepared that few of the Chinese in Beijing speak little English and are not overly helpful, which can be a little frustrating. Taxis are very cheap to get around but try and make sure yours has a seat belt that works!

To sum up, Beijing is a wonderful place to experience the culture and historic sites of China, but being so big I didn’t get to properly experience the cosmopolitan side of the city. Hou Hai for me was just okay to see but I didn’t want to stay long there, maybe it’s better in Summertime!

For those who like their social apps…Facebook, Instagram & WhatsApp do work in China but service can be hit and miss; sometimes it works and sometimes it doesn’t. Emails work perfectly so you will never escape work! WeChat is the big messaging app that works perfectly there, so if you need regular contact with anyone download this app in advance. One last tip: make sure when you are flying out of Beijing the hotel concierge tells the taxi the right terminal and airline. We spent an hour trying to get to the correct terminal after being dropped off in the wrong one and barely made our flight. Taxi fare to/from the airport is approx €15.

I will have fond memories of historic Beijing especially “The Great Wall” and “The Forbidden City”. 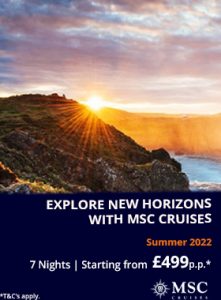 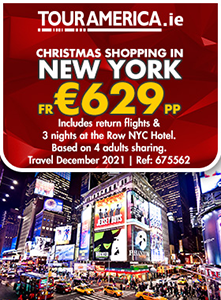 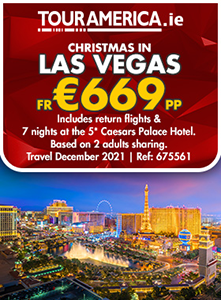